Throughout the last century smoking a tobacco pipe has become a staple of a wise man, Tolkien, in his stories wrote about wizards smoking long churchwarden pipes pondering over long past history and Ancient magic just like the modern man ponders over his problems. Some of the greatest men of our modern history have smoke tobacco pipes, a man smoking a pipe is an image engraved in our modern cultural perspective, this is an image which radiates masculine energy and knowledge it is a symbol of a man who has passed his rites of initiation into manhood and became a fully-fledged warrior man. 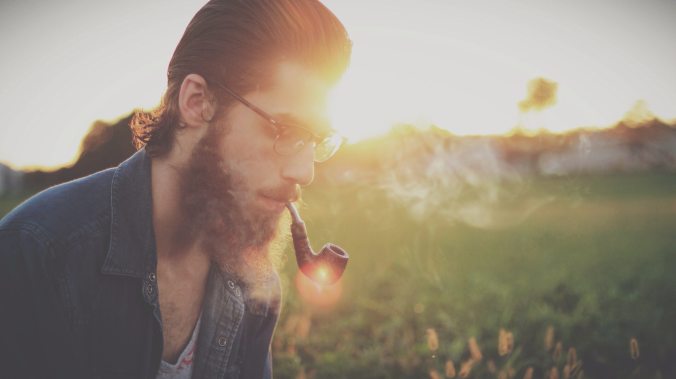 Origins of pipe smoking can be found in the tradition of tasting the smoke from burning aromatic plants which produce either a psychological effect, or have a nice taste. To trace the origins of pipe smoking I would have to go back to prehistoric past, it is the oldest tradition of smoke-tasting in the world practiced by ancient Indians, Europeans and Asians alike, in fact, there is a typical beginning of Korean fairy tales in which it is said that the time the tale took place was back when tigers used to smoke maybe indicating that the story takes place back when tigers and humans lived in peace since pipe smoking is a known symbol of inner peace and calmness, which is also reflected in the ancient native American tradition of smoking a peace-pipe to commemorate a ceremonial event. The motive of pipe smoking can also be found in many fairy tales and folk stories from all around the world, it is usually the prop of a wise old man or woman, or a powerful wizard, pipes are used in fiction as symbols of wisdom, and deep spiritual knowledge.
It is said that pipe smoking is a thinking man’s hobby, I can agree with this statement, but I would also like to add that it is a creative man;s hobby as well, there is a number of writers, especially fiction writers who wrote in those great imagination requiring genres of fantasy, SCIFI and horror, proving that smoking a pipe gets the smoker lost in his own thoughts and imaginations, some of those writers have become quite well-known such as Mark Twain, J.R.R. Tolkien whom I mentioned above, C.S. Lewis and many others.
In more modern times, the art of pipe smoking has declined, remaining prevalent only in small parts of Scandinavia and with very niche groups all around the world. Smoking a tobacco pipe gave way to cigarette smoking, which in it;s essence is the polar opposite of pipe smoking, whereas smoking a pipe brings one into his own mind, relaxes him further in his time of relaxation and brings forth deep thinking and positive thought, as well as it provide a calm and peaceful time to ponder over life’s problems that the man may be facing at that time, cigarettes are a hobby of the majority, smoked in times of stress and worry as a form of self-medication which does nothing for the body and destroys even further the already troubled mind. Where the image of smoking a pipe is associated with relaxation, calmness and wisdom, the image of a man smoking a cigarette outside his office for example is associated with stress, worry and dissatisfaction with one’s self and one’s life.

Why should you smoke a pipe?

After all that was said above, what are some of the reasons which may persuade you to try your hand at this dying yet magnificent hobby? Well, I will answer this by telling you why I myself smoke a pipe. 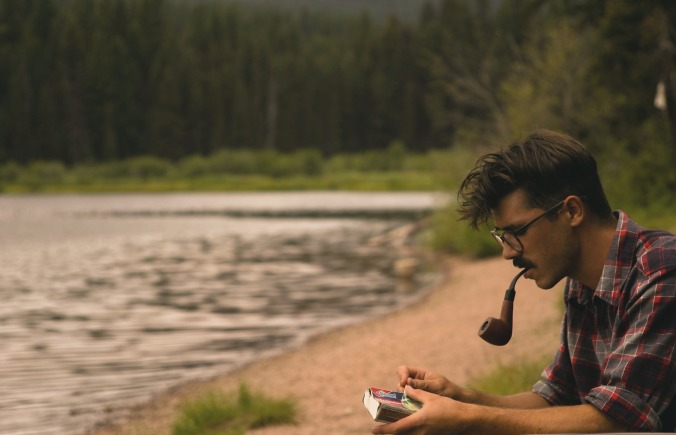 As I have stated before on my blog, for a long time, I’ve been struggling with anger and stress management, since I started my self development journey into becoming the best man I can be, I started to address those issues via regular meditation, deep breathing, cold showers (about which I wrote an extensive article you can read here) and practicing everyday, moment-to-moment mindfulness. Although all these techniques which I still practice helped me a lot in my journey, I found that since I started smoking a pipe once every week or so, my calmness and mindfulness increased as well as my creativity and problem-solving skills. Let me explain, once every week or so, at a time I set out in my weekly planner, I set aside at least three hours of pipe time, in which I choose a location, either inside my home or outside somewhere depending on how I’m feeling that day, I choose an activity, like writing, reading, watching a movie or simply doing nothing, i pack my pipe, sit, lit it up and relax, in that time I find that I am hyper-concentrated on the activity that I’m doing and that I am most mindful of my being and the present moment. One pipe full, if smoked slowly and fully enjoyed (which is the way one should not only enjoy a pipe, but enjoy life as well) can last me up to an hour or more, I find that I completely silence my mind at that time, as if entering a state of deep meditation, in which I can either ponder over my problems and solve them without stressing over them, or if I’m reading I can vividly imagine the reality which I step into through my book, or if I am writing, I can express myself calmly and fully, setting free my imagination and concentrating on nothing more then to write. I emerge from the smoking session a relaxed and calmer person, and I enjoy it very much.

Some of you might be concerned about the health risks that smoking any kind of tobacco may bring upon your body, and I completely understand you, as a man who takes care of his health and who wishes to grow old in a strong and healthy body, I too was worried about the risks that smoking brings with it, however after doing some research on the topic which I will gladly share with you, I am completely at peace with smoking a pipe.
First of all, most pipe and cigar(and I mean real quality cigars not cigarette) smoker don’t inhale the smoke into their lungs, reducing the risks of lung, throat and other cancers as well as the cardiovascular and pulmonary complications which come with smoking up to 30% less then regular smoker. The other thing is that I smoke a pipe full only one to two time a week which is much less frequent then cigarette smoker who smoke up to 20 cigarettes a day, all while inhaling the smoke. The third thing is that pipe tobacco is the least processed tobacco, meaning that it has the least amount, if at all, of the dangerous chemicals used in cigarettes, all these facts helped me get over my fear of pipe smoking, since obviously for me the benefits outweigh the risks by a good margin.

How to try your first pipe

Getting a cheap pipe for your first try is a good idea if you don’t have a pipe already, since if you happen to not like the hobby you can leave it or sell the pipe without investing too much into it. If you on the other hand have a pipe, perhaps inherited one from someone in your family who used to smoke as is often the case with new pipe smokers, I would suggest you watch the following video on how to clean a pipe and then try it. Another option is if you know someone who either has or smokes a pipe you can ask them to lend you the pipe for a day or so, thus you can try it that way. 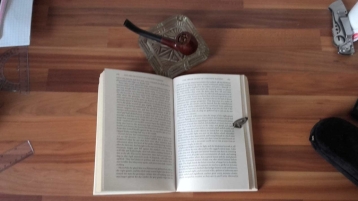 Any way you decide to get by a pipe, you’ll also need a couple of things for your first try, first of all you’ll need some kind of pipe tobacco, if you’re not sure what type of tobacco you want to get I suggest checking out this guide for more information, you’ll also need something called a tamper which is a tool that helps pipe smokers pack the pipe, keep the tobacco compressed and close to the flame, and to tamp down the ash as it accumulates, you can make one like I did, or you can buy an artisan made one here.
Once you have all that you need, you need to learn how to pack a pipe, this is a very important thing since a well packed pipe produces better quality smoke and taste, it also burns more evenly and lasts longer, it even stays lit longer so that you can avoid relighting the pipe (though a few relights during a longer session are inevitable). I also find that packing a pipe slowly helps me get into that zen meditative and concentrated mindful mindset of a pipe smoking session. To learn how to properly pack a pipe you can read this article, or watch the video below made by one of my favorite pipe smoking you tubers, George Bruno:

Once you packed and lit the pipe, you can sit back, relax and do your thing. If you enjoy your first smoke I’d advise you to try for a few more sessions, then get a good pipe, quality tobacco and a pipe tool, and we can have another brother join our hobby and our community.
Pipe smoking definitely isn’t for everyone, but most men would enjoy a pipe at least once in a while to helped them fight stress, get rid of anxiety and solve problem in their life in a way they never before knew possible. It is, as I’ve said, a thinking man’s hobby, a creative man’s hobby, and finally, a manly man’s hobby, since it helps men develop the capacity for mindfulness, presence in every moment, calmness and stability that many modern man lack in this time of war against the masculine virtue.

EDIT: After a year of pipe smoking, some of my views and my approach on pipe smoking has somewhat changed, I published a new article explaining the added insight I now have into the hobby, I hope you’ll read it and find it as useful as you did this one : A Year of Pipe Smoking.

If you enjoyed my article and found it helpful consider sharing it with somebody who night also like to read it. Also if you yourself wish to read more of my work you can subscribe to my email(no spam) via the form at the bottom of the page, and you can check out more of my work on this website. Thank you for reading.

11 thoughts on “Benefits of Pipe Smoking”

You Want Your Article Published On My Blog?

No Problem! We’re always happy to publish other author’s work and credit them for it, as long as the work is inline with the theme of the blog.

You can send me a draft of the article and tell me how you want it published via the following email address: